Quick note that a two-part piece of mine has been published at the Smithsonian Museum’s Collections blog. It’s called “Southwest Archaeology and ‘The Time of Vietnam’” – here’s part two. The post is about an archaeologist studying pueblos in Arizona who got help from the US military to photograph some sites during U2 training flights in the desert. It’s an interesting story, and one that has echoes of both the ties between the military and research of indigenous peoples and the connections between war and photography. The photographs are part of the National Anthropological Archives at the Smithsonian National Museum of Natural History. Here’s a little excerpt:

[One] thing that each photo shares is the mark of a small accessory attached to the camera: in the bottom-right corner, each image has a clock and a counter marking the time and number of the snapshot. Some visual anthropologists have analyzed not just the photographic image itself, but also the “micro-event of the making of the photograph” (Pinney 2012). The counter and clock here are such a “micro-event,” but they are also more: they are part of a whole apparatus that took and collected photographs of much of the world.

While I spent several hours following the roads and mountain ranges of the Zubrow photos, I was drawn mostly to the clocks and counters. I tried to decipher the numbers jotted alongside the counter and across the face of the clock. I got lost in making a chart and reorganizing images by time and by number (the photos are not dated, only time-stamped, and the collection is arranged alphabetically by pueblo name). I found myself wondering what images filled the gaps, and where the planes traveled when they weren’t photographing the American Southwest. 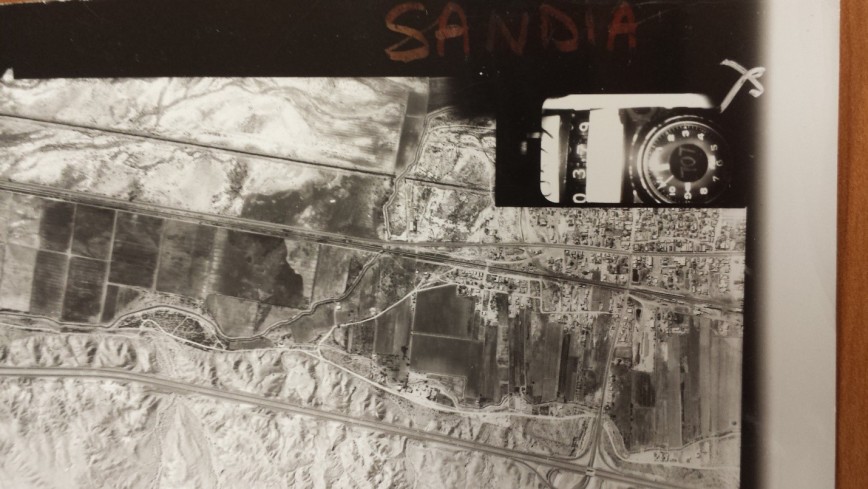 Check out the whole thing at the links above. The post and the research that went into it were part of Josh Bell’s Visual Anthropology course, which I took last year and which included a couple of visits to the NAA. Big thanks to Josh and to Caitlyn Haynes and Gina Rappaport of the NAA for their help.