A friend recently showed me a post at HuffPo’s Impact blog titled “8 Maps That Will Change the Way You Look at Africa.” Curated by an intern at The ONE Campaign, the short listicle includes eight maps that, well, don’t change the way anyone has looked at Africa in the past century.

In numerical order, this list allows one to look at Africa as 1) the place where most of the world’s poorest live; 2) the least wealth continent; 3) huge; 4) including a number of the few countries that still have slavery; 5) having an arid North and lush agricultural sub-Saharan region; 6) at high risk for water scarcity, especially in the northern and southern ends of the continent; 7) way behind (but growing!) in internet access; and 8) having little access to electricity.

The list was posted earlier this month, and I’m not the first to comment on it. So, rather than rant too much about how we don’t need to keep talking about Africa as a place of poverty and landscape (and I am glad there wasn’t a map of conflict), I’m going to post some maps that are also worth looking at below the fold. I know that there are others that have given me pause for thought, though I haven’t been able to track them down. Anybody have maps that influenced how they view Africa or parts of Africa?

The 20 most diverse countries are in Africa. Without getting too deep into the quagmire of A. defining ethnicity and ethnic diversity or B. the problems that such diversity has brought about, let me just say there are a lot of places in Africa where people from very different backgrounds coexist.

Africa is increasingly connected. The one positive thing that came out of the HuffPo list is the aside that Africa’s internet access is growing. Yes, there are problems with the distribution of this access, but things are moving quickly in many African countries. 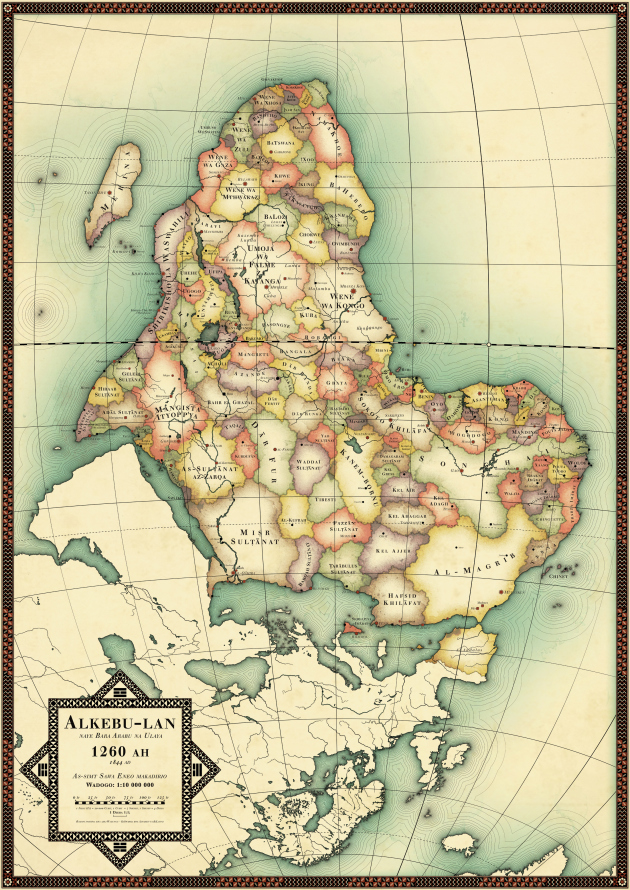 Counterfactuals only do us so much good, but looking at one hypothesis of what Africa would look like without colonization does a few things. It reminds us of the importance of how colonization shaped governance in Africa, and begs the question of what kind of states would have emerged without it.

2 thoughts on “Maps and the Way We See Africa”